Everyone plays a part in the diversion process: the arresting officer, the crown prosecutor’s office, referral programs such as a Youth Justice Committee or Sanctions program with Calgary Youth Justice Committees, as well as the community.  After assessing factors related to the young person and the seriousness of the offence, a determination can be made as to the correct route to take along the criminal justice path for a youth involved in an offence.  After completing a full investigation and when there is sufficient evidence obtained to support the charging of youth, an officer can follow four pathways: 1) Warnings, Cautions or Referrals to a Community Program; 2) A recommendation for Extrajudicial Sanctions which are referrals made either pre-charge or post-charge to a Youth Justice Committee; 3) Criminal Prosecution; or, 4) No charges. 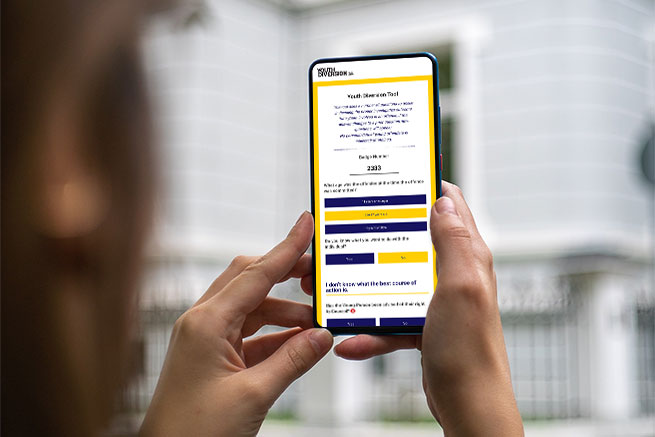 Use the Youth Diversion tool to help assess the options available

In Calgary, the path of Extrajudicial Measures (EJM) or Community Programs, is delivered in partnership with Calgary Youth Justice Committees and the Calgary Police Service.  Community Program referrals are designed to connect police, young people, their families and community resources.  Referred program participants cannot be charged for the offence if failing to complete any of the program objectives.

The other path is Extrajudicial Sanctions (EJS) which also gets administered by Youth Justice Committees.  EJS is used to deal with young people alleged to have committed an offence where the Young Person cannot be adequately dealt with by an EJM.  Although police can’t refer a young person directly to a YJC, they can make a recommendation which is called a “Pre-Charge”, but the final decision is made by the Crown. If the youth is unsuccessful in completing their EJS Agreement, then a charge will be laid, and they will proceed through court.

Sometimes, even after a charge is laid, the Crown will recommend a young person for EJS and this is called “Post Charge”. In this case, the youth still must attend their next court date, even if they complete their EJS Agreement. When the youth successfully completes the sanctions imposed by the Youth Justice Committee, the charges will be withdrawn.  In a small number of cases, if the youth does not complete their sanctions, their case will proceed through court and to trial.

In Calgary, EJM are used for first time, non-violent offences.  EJS is used when a caution, warning or referral to a Community Program is not thought adequate enough to deal with a young person because of the seriousness of the offence and/or the nature and number of previous offences.

As of December 2019, offences related to the Administration of Justice (offences where there is a breach of a condition to either a release or sentence) are eligible for EJS unless the young person has a history of repetitive failures/refusals or the young person’s failure or refusal caused harm, or a risk of harm, to the safety of the public.